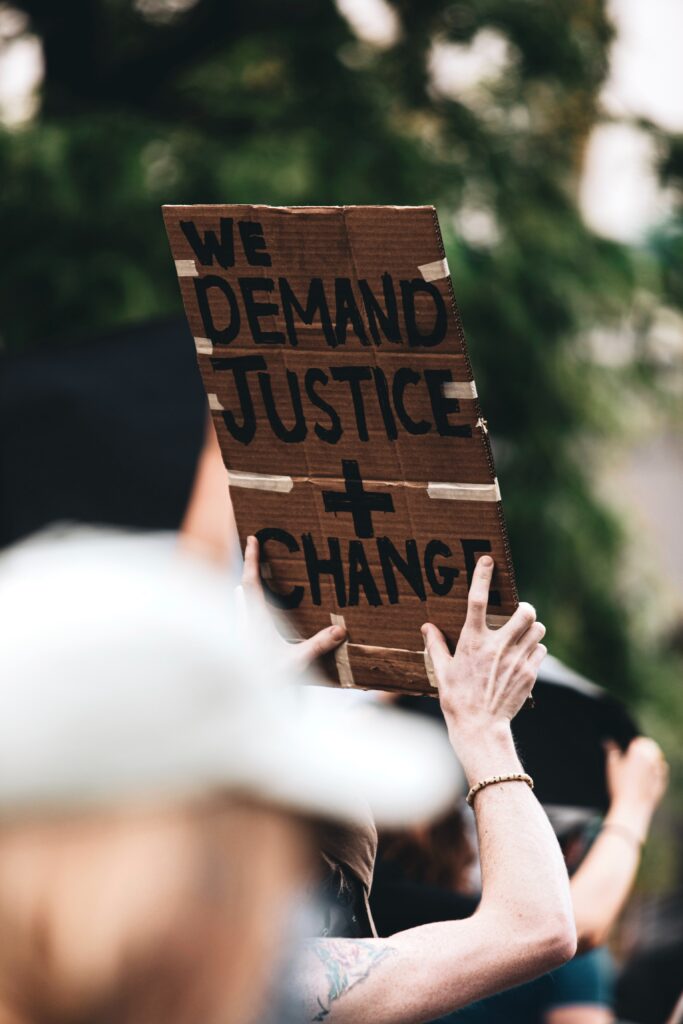 In his book ‘From Generosity to Justice’, President of the Ford Foundation, Darren Walker, writes “we don’t make progress without getting uncomfortable”.  The idea of embracing discomfort to disrupt the status quo is something that is being hotly debated in our sector in terms of how we hire, structure and retain staff, but what happens when you also apply this principle to major donors?  Are they prepared to ‘get uncomfortable’ in order to move towards a more socially and racially equitable world?  And how do we shift the power dynamic to facilitate this when it is so often stacked in the favour of the person who is holding the purse strings?  Despite the often unfair and unflattering coverage that HNW philanthropy receives in the media and across the Twittersphere, I believe that philanthropy and justice are compatible forces, but without concerted effort and will it is not always easy for them to align.

For those working closely with major donors, particularly in the arena of professional advice, there is an ever more urgent need to introduce outside voices with lived experience and to encourage next generational perspectives.  If, as US political scientist Rob Reich believes, giving to facilitate a fairer society is not the default position of the majority of high-net-worth donors, the philanthropic advisor may find themselves operating under additional layers of complexity, due diligence and risk if they wish to see a tangible progression towards equality.  For a traditionally cause-neutral, client-facing role, this path carries with it an element of professional jeopardy and a challenging of boundaries.  If the starting point of any journey from generosity to justice is a willingness to examine your own privilege, doesn’t history tell us that philanthropists have not always been widely successful at asking themselves these uncomfortable questions?

Today’s advisors are – if they choose to be influenced – being propelled by strong currents.  The global uprisings of 2020 and the subsequent growth of the Black Lives Matter movement have ignited an increase in investment in tackling the causes of racial injustice.  In ‘Future of Philanthropy in North America’, a webinar hosted by Alliance Magazine, Marissa Tirona cites ‘power-building strategies’ that fundamentally support the self-determination of people of colour.  But what does this mean in reality for the philanthropy advisor?  Finding causes and appropriate vehicles of giving that actively support the lives of BAME communities in a system that often treats their needs as a side product will mean seeking alternative, potentially unexplored avenues.

It will certainly mean a willingness to encourage the client to step away from top-down solutions.  Offering more grassroots funding options that give space and autonomy to marginalised voices, such as Global Fund for Children, who have been trailblazing trust-based, flexible and multi-year funding for 25 years, is just one way the advisor can help to begin shifting the power dynamic.  Encouraging more face-to-face engagement with the lived experience of those they wish to support is another and, though this might be more challenging than peer-led research, too many philanthropists are still only talking to each other about complex social issues from which many are divorced.  The advisor will need to help the client who is truly interested in championing systemic change to broaden their networks and build partnerships with organisations that may look very different from them.  Critically, they will need to broker conversations with those who may be less willing to acquiesce to traditionally restrictive funding requirements.

Focusing on the Art of the Possible

In his podcast, Tainted Money, author, historian and Wolfson Foundation trustee Sir David Cannadine explores how, in the court of popular opinion philanthropy has become ‘a lightning conductor for a general resentment for corporate and individual riches’.  As wealth inequality has grown and philanthropy has unsurprisingly failed to bridge the chasm between the haves and the have nots, it is the opaqueness of some charitable activities that has borne much of the criticism, with funding sources, governance and accountability all being placed under the spotlight.  There are valid and important questions to be asked here and whilst for the ideologically pure, nothing short of a total overthrow of the neo-liberal system will suffice(!), for the pragmatic advisor working with a small family foundation, the key issues of transparency and diversity are two areas that are within their gift to influence.

Encouraging more open and courageous decision-making through the inclusion of diverse voices on the board might not be a revolutionary idea, but with the homogeneity of UK charity trustees remaining such a key issue, it’s another essential step in shifting power.  The in-balance of views remains extraordinarily high and in 2017, The Charity Commission’s Taken on Trust report found that of the 700,000 charity trustees in England and Wales, two thirds were male and 92% were white, with an average age of 55 – 64.

More transparent processes would begin to demystify the workings of foundations who are not obliged to go into depth about where or how their funds are allocated. For example, sharing details of grant-making activities on platforms such as 360 Giving would support a more joined up approach to the funding of neglected communities, as better data on where resources were being directed would become more publicly available.

Doing the Work Up Front

In the quest for more just giving, the philanthropy advisor may wisely choose to follow the lead of Mackenzie Scott’s advisors, Bridgespan.  Through their exhaustive research and analysis on the most suitable organisations to challenge social and racial injustice, Scott has been able to satisfy herself in advance that the organisations she supports can be trusted to deliver.  She writes ‘because our research is data-driven and rigorous, our giving process can be human and soft’. She is therefore able to give without stipulation, empowering the recipients to come up with their best solutions based on front-line knowledge.  With high-net-worth donors often suffering from a paucity of time, the role of the advisor becomes even more critical in the process of giving to support structural equality, as doing so efficiently requires in depth understanding and empathy.  An essential consequence of such forensic and professional scrutiny is it may provide the philanthropist with the surety they need to trust the voices of what Scott calls ‘historically marginalised groups fighting inequities’ and then to ‘get out of their way’.

The voices of younger philanthropists can add an additional layer of complexity for the advisor and those working across multiple generations may find themselves refereeing between conflicting viewpoints over how best to direct their giving.  However, with younger family members often less concerned with supporting ‘status quo’ causes like museum capital projects and more motivated by funding neglected ideas through the offering of disruptive solutions, the emergence of the Next Generation donor feels like positive news for equality. ‘We view philanthropic strategy differently from our grandparents’ says Next Generation donor Katherine Lorenz in Michael Moody and Sharna Goldseker’s brilliant book Generation Impact, ‘We worry about the programs inside the buildings rather than the bricks on the outside’.  If what drives justice isn’t bricks and mortar but movements and policy, Next Generation donors seem far more willing to embrace the latter, riskier route and are less in the thrall of the high-profile naming opportunities and galas that some of their predecessors may have favoured.

If the needle is truly to move towards social and racial justice, the philanthropy advisor will have some uncomfortable hurdles to overcome, particularly in the areas of examining donor privilege and encouraging the relinquishment of power and control.  The dynamic of the client relationship may in some cases render this too challenging, but for donors who are open to supporting the causes that fight structural inequality, the advisor has an important role to play in introducing other perspectives. There will be a greater need too for ever more detailed research to allow for a fuller and more nuanced understanding of the issues and how marginalised groups are impacted, but it is only through encouraging transparency and collaboration with other actors, that we can really disrupt the ‘status quo’ that whilst well-intentioned is so prevalent in high-net-worth philanthropy.

Subscribe to ‘The Altruist’ for major donor fundraising tips